In the words of the great servant of God, Kenneth Hagin..

"If you don't want your conscience pricked?? Don't study James!" He continued..

"Every time I start reading in the Book of James, I come away with my ears red & burning, because he has turned me every which way but loose.. I have to take an inventory & straighten up!! I tell you - James is written for STRONG Christians." "Furthermore - most people never get involved in reading James. You can look at most peoples Bibles & find Matthew, Mark, Luke, John, Acts, Corinthians, Hebrews, Romans, Peter, & Timothy - all marked up, along with 'some' passages in First & Second Peter, and First, Second, & Third John, and 'ALL' the Gospels.. But if you ever look over in James and Jude, you won't find much marked up - because most people don't get in there very often."

"Jude is the shortest book in the Bible.. but is also one of the most powerful.

EVERY word in it is POWERFUL!!"

"But be ye doers of the word, and not hearers only, deceiving your own selves."

"Shew me thy faith without thy works, and I will shew thee my faith, BY works."

If your gonna have faith, it's GOT TO to have some legs, some arms, some muscle. You've GOT to DO something... You can't just sit around.

A Lot of people sit around, hollering they want this, that, and the other.. But they're NOT DOING anything. They'll say, "I am believing God for finances" - but when the offering plate swings around to them, they turn their noses up and don't give. Another fellow is believing God, saying, "Oh thank You God for meeting my finances, Lord; I've only got 50 cents, but 'here it is!' [..And they drop it in the offering plate.] THAT fellow has GOT it, and will start climbing & continue climbing, & soon - he will be on top of his finances, with plenty left over!! Whilst the other fella who isn't giving will 'still' be hollering, "Oh! I'm confessing that God's gonna meet my needs!"

If you're going to live by faith?? Works has ALWAYS 'GOT' to be part of the equation. ALWAYS!! If I gave you a bowl of cereal and said, 'enjoy this refreshing bowl of cereal..' And gave you no milk to put in the cereal.. What good, or refreshing would THAT be?? Or, as James references in James 2:15 & 16 - if I told someone who was begging, 'go & get you some nice clothes and something to eat!' But I didn't give them the resources or money to get the clothes or something to eat, then HOW would I be helping them?? Faith without works (or action), works much the same way. To have faith and no action?? Is not giving God anything to work with!!

Pretty simplistic.. Some try to make it hard.. Someone said to a friend of Smith Wigglesworth; "Brother - you must've had some AWFUL rough times; living by faith!!"

It's always a good idea, to keep in mind.. The ONE commandment that Jesus gave us to live by;

“A new command I give you: Love one another. As I have loved you!"

Because, when faith is done right?? LOVE IS ALWAYS, involved!!!

If you need finances?? GIVE finances!

If you need healing?? Pray for others who need healing, or start to do something, that the sickness normally wouldn't let you do. For example; In around 1997, I had a horrible pain that would flare up in my legs. It would come and go.. Doctors could find nothing.. When the pain would flare up, the muscle in my leg became like rock hard. Taking the stairs instead of the elevator, was NOT an idea that I much fancied.. But I did.. All the while; believing for my healing! I woke up one morning and noted that my legs hadn't hurt in 2 weeks. God had healed me.

SO - from now on - put actions behind your faith, and watch God move in ways you've never dreamt of!!

RESOURCE VERSE; But without faith it is impossible to please God!!

must believe that he is, and that he is a rewarder of them that diligently seek him. 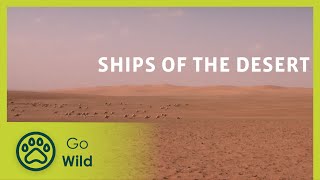 For them who 'think' they can drive- but 'reality says NO'!!

A Diamond in the Ruff.. 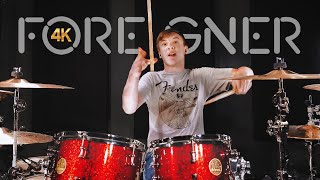 Eye of the Tiger; and the WORLD! pssh! 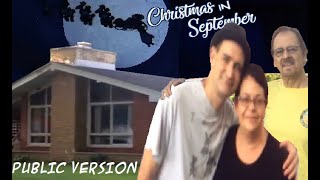